TRAVEL THERE: THE GLORIES OF BAROQUE IN SPADES

A Return to Marvelous Melk Abbey

Of all the places I’ve traveled to over the years, Melk Abbey qualifies as one of the most remarkable.  All they need in the dictionary, to define the word Baroque, is a picture of the chapel’s interior.  But that dictionary doesn’t have enough words in it to adequately describe the wonders you will see inside the abbey.

Melk Abbey has become somewhat of a tourist trap in the days since my last visit, 3-4 decades ago.  I remember parking on the street, strolling over to the abbey and having a private tour with my small busload of tourists.  This time I disembarked along a riverside crowded with cruise boats and hordes of people heading toward the abbey.  Do not be dismayed or discouraged.  Just line up and go with it.  The abbey is worth your time and the hassle of dealing with tourists and guides. 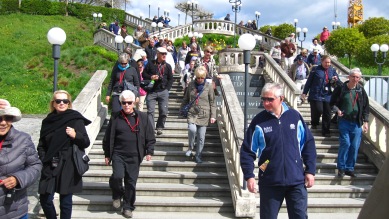 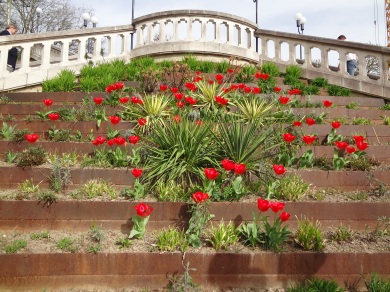 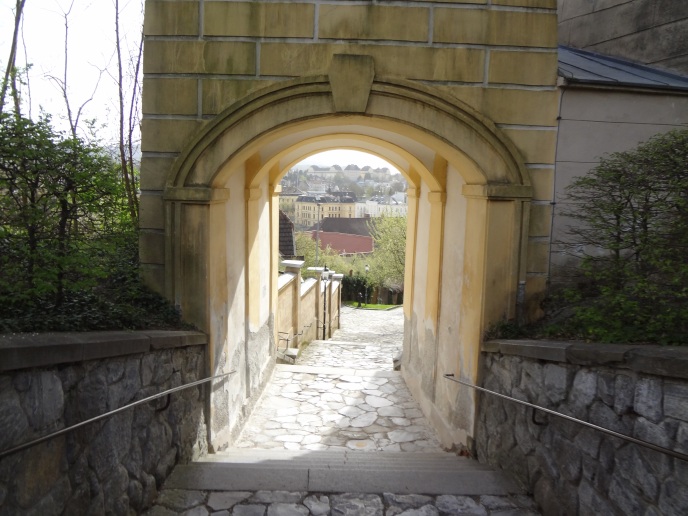 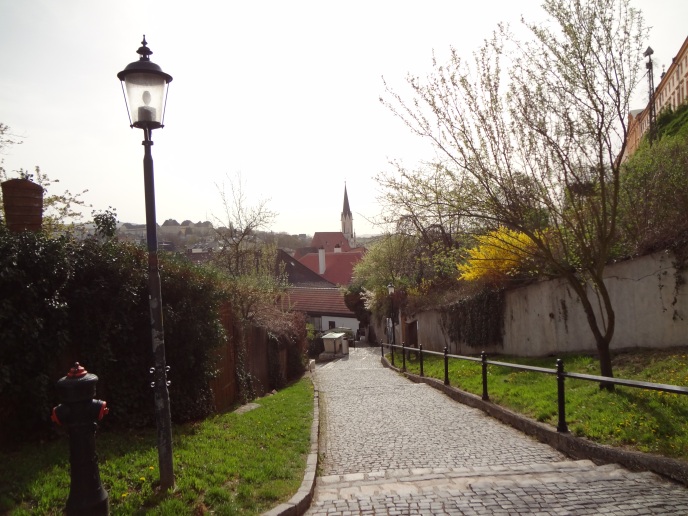 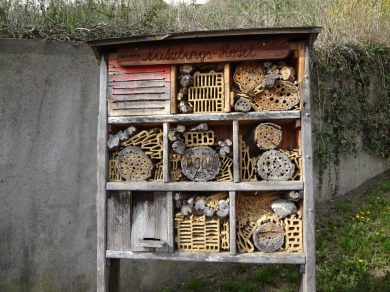 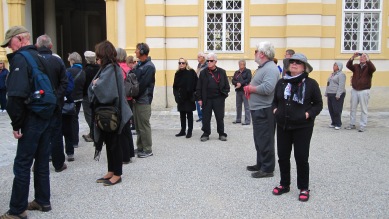 The weather was miserably cold and damp, while my gear was sadly inadequate.  What was intended to be a pleasant stroll through a garden and a chance to visit a small outdoor cafe, was instead an overlong huddle in the abbey’s courtyard.

Eventually the ubiquitous Viking guides, with their red jackets and numbered signs, showed up to talk us through the experience.  Since my last visit, the abbey has had some renovations and remodeling, adding several exhibit rooms displaying a wonderful array of abbey treasures.  While the exhibits are truly extraordinary, I would have easily traded them in on the opportunity to see my first guide just one more time. 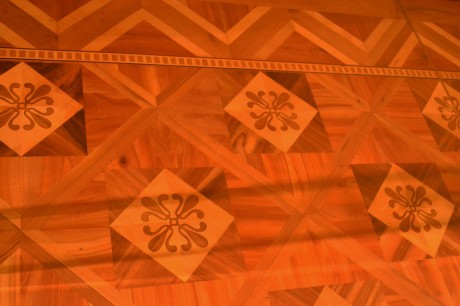 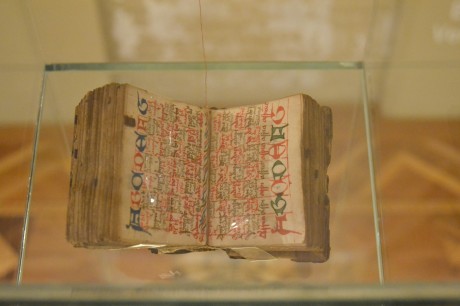 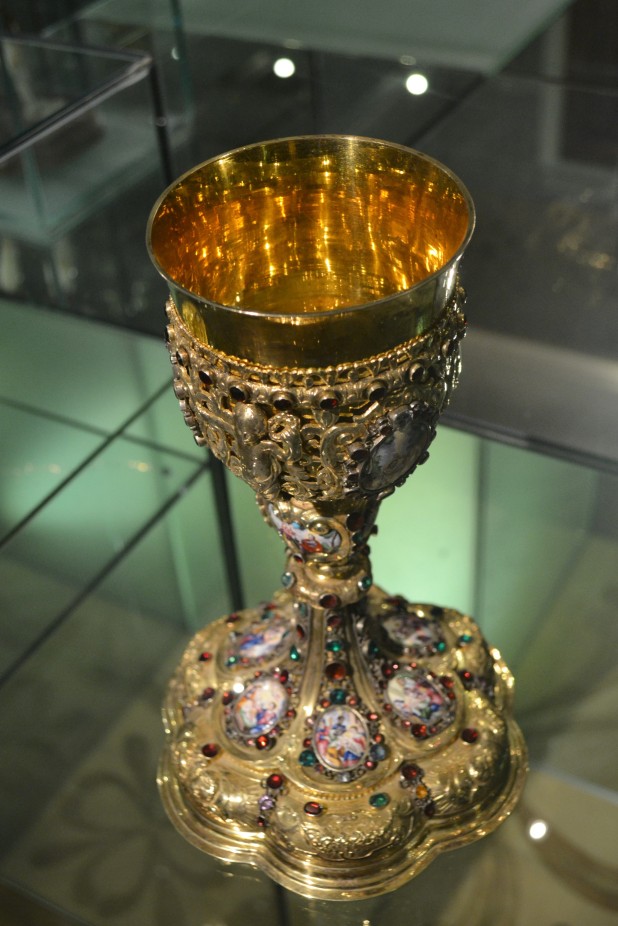 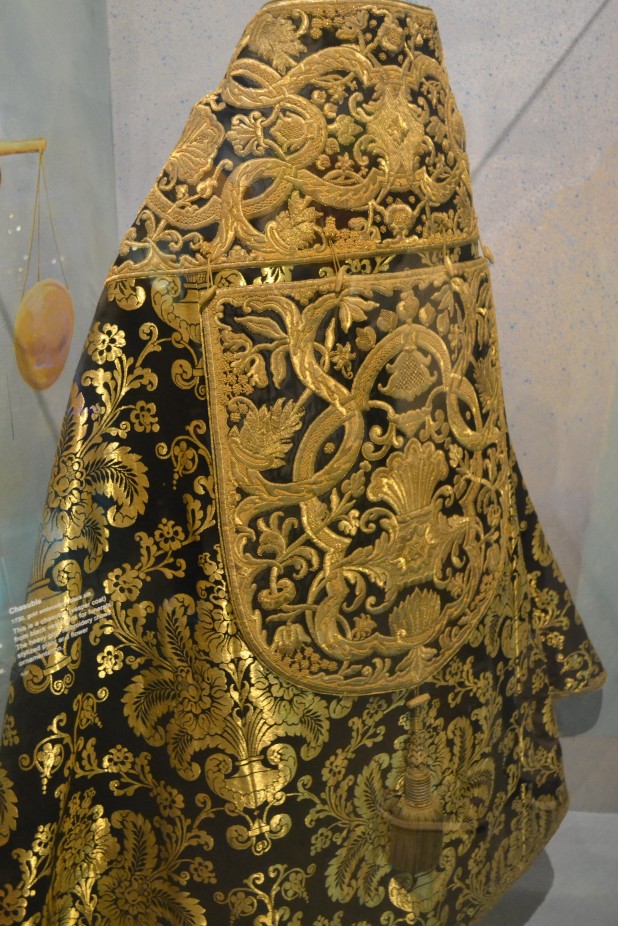 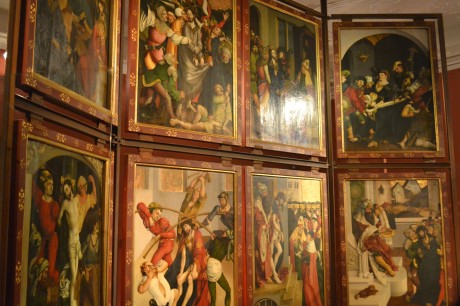 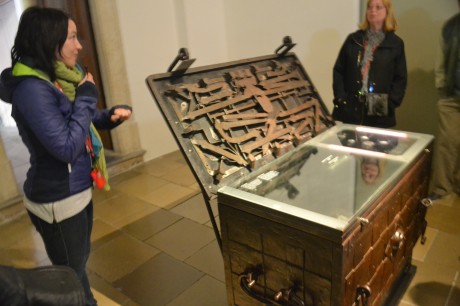 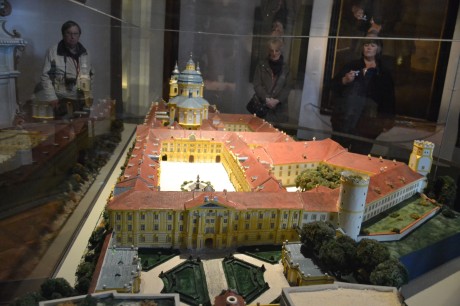 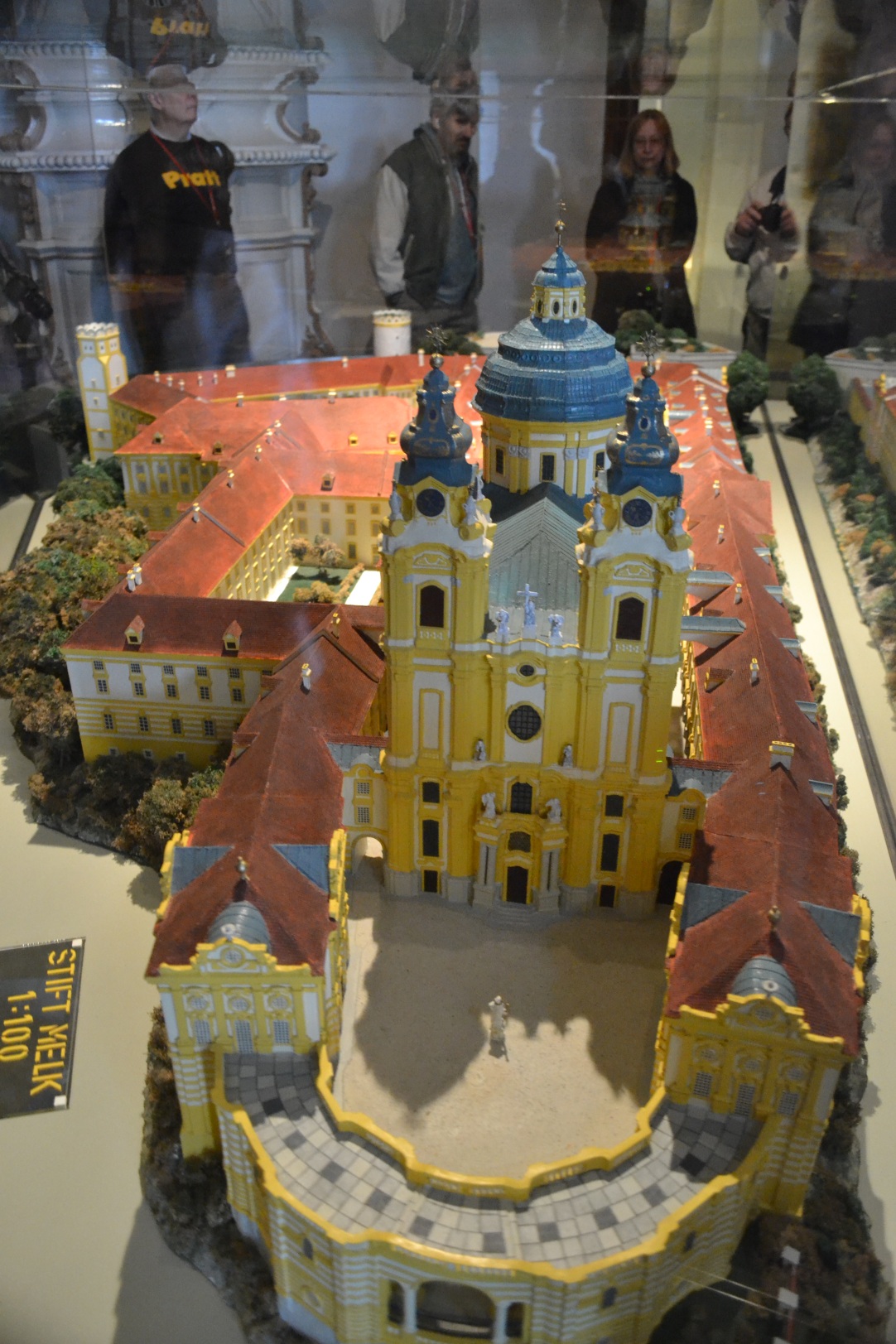 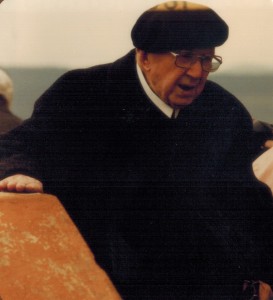 The Charming Abbot Emeritus of Melk

And here’s the reason I enjoyed my first visit to Melk ever so much more than I did my return.  The sweet little man in this photo had been the abbot of this remarkable place for many years and he loved it almost as much as he did God.  He’d been retired from running the place for only a little while and had been assigned the joy of sharing it with others.  During the tour he’d come to a closed door and look around surreptitiously to see if anyone was watching.  If the coast was clear, he’d wrench open the door and say, “I’m not supposed to show you this, but I didn’t want you to miss it.”  Then he’d go on to tell us a marvelous story about something that happened in the room or a tidbit about the artist who decorated it.

I loved him so much that I wanted to bundle him up and take him home with me.  My admiration for the place was obvious and he begged me to come back some time and visit him.  He confided that when there wasn’t such a crowd, he could show me other places in the abbey.

That small busload of travelers would have been lost in the horde of  tourists on my latest visit.  I wonder what my friend would have thought about the abbey’s popularity.  The guides did a great job of sharing architectural highlights, but they were completely devoid of the affection the Abbot Emeritus displayed. I’ve always wished I could have returned for the promised private tour, but life changed for me after that trip and it was a long time before I crossed the ocean again.  Too long of a time for the Abbot Emeritus to give me a tour.

Even without the Abbot Emeritus to show us around, the wonders of the abbey are apparent.  This guide was quite good about rolling off pertinent dates of the abbey’s history, but she was not as insistent about keeping our eyes focused upwards.  In every room the Abbot Emeritus told us to look up, as he described in detail the story of the ceiling frescoes.  The average tourist probably misses the wonder of contemplating the effects of  trompe–l’œil.

Sure the ceilings are beautiful, but gazing up your eyes are tricked into thinking you are looking up at arched ceilings and domes.  It’s all an optical illusion, because the ceilings of the abbey are flat.  There is one stairwell where the tour highlights the painted effects, but they are ignored in the rest of the abbey.

The guide also didn’t tell us any of the enchanting tales of the artist, tales of which I’ve long forgotten the details, but I had hoped to be reminded of during this visit.  Nor did she explain in detail the meaning behind the elaborate frescoes.  She was pedantic about the many ways the features of the abbey were Baroque in nature, but I was more interested in being reminded why they were unique.

Eventually, I gave up and quit listening to her.  Instead I recalled the chuckles of glee my first guide shared with me and I wandered about mouth agape.  I tried to jog my memory for the details of the frescoes and their painter, but they’d gotten lost somewhere along the way.  More than once I stumbled into a fellow tourist because my eyes were glued above my head, rather than at my immediate surroundings.

I’ve saved the best for last, but in the meantime ran out of words for today.  Come back next week and we’ll visit the chapel.