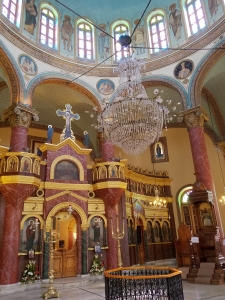 TRAVEL THERE: WRAPPING UP OUR TOUR

So after Abu Sargus, what else can I tell you?

The Rest of Old Cairo

We visited St. George’s.  It’s nice, but confusing.  There’s all these pictures of St. George and the dragon, but St. George is a Roman soldier martyred because he would not give up his faith.  No dragons in the story, so don’t ask me.  It’s also confusing, because it started out as a Roman Catholic Church, but is now is a convent for Greek Orthodox nuns and old George is a Coptic saint.

We visited the very old Jewish Synagogue which they call the New Synagogue, because the current building was built in the 1890’s and this building is one of three known synagogues on this site.  However, according to tradition, there’s been a synagogue here since ancient times.  I mentioned a few weeks ago that it was built on the site where Pharaoh’s daughter discovered Moses in the bullrushes.

They say stuff like that all the time in Egypt.  St. Catherine’s Cathedral out in the Sinai has THE Burning Bush.  One of the murals at the Hanging Church depicts the Moses in the bullrushes story.  There’s also a mural of the documented story of when faith actually moved a mountain.  You really need to get to Egypt.

One of the sad things I learned was that while there was a large Jewish community in Cairo for centuries, it has virtually disappeared.  The Synagogue is a tourist attraction, not a place of worship.  Imagine a congregation, whose place of worship was originally associated with the story of Moses and which was perhaps the place Joseph worshiped when he was in Egypt, no longer having any Jews to worship in it. 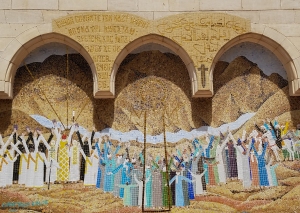 Another important miracle recorded in the murals of the Hanging Church is the moving of Mokattum Mountain.  A Muslim Caliph was ready to do away with Christians altogether when a bishop made a deal with him.  If he could get a mountain to move then the Christians were safe.  According to tradition, the bishop had everyone pray and then they had a mass at the foot of Mokattum Mountain at the edge of Cairo.  Lo and behold the mountain jumped up into the air and the Christians were saved. 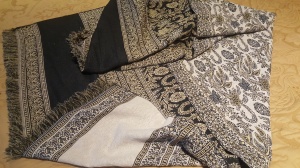 In recent years a church has been planted in a cavern out there at Mokattum and Bill and I would travel there before the day was over, but for now, I’ll round out my tour.  On the way into the area I saw a shop selling shawls.  I love shawls and capes.  Bill promised we’d stop back by on the way out, probably thinking I would forget all about it – and who knows, I might have – but Zuzu remembered and now I have this beautiful shawl.

The shawl I saw on the way in was not the one I ended up with.  I saw a pretty shawl that I thought would be great for evening wear and the price was minuscule.  When I went back I saw this gorgeous, heavy, reversible number and asked if all the shawls were the same price.  “Yes,” was his answer.  I know value when I see it.  I immediately abandoned the evening style and held on to this one until Bill paid for it.

Come to find out, the shawl I chose is hand woven goats wool.  A tag identified the Egyptian craftsman who made it.  We probably should have paid $100 for it.  I’d be surprised if Bill paid $10.  He’d bargained so mercilessly that he was embarrassed when we walked out of there.  Once again, not understanding Arabic saved me.  I would have told Bill to pay the man his price and quit bargaining.

Next week we’ll move on to Mokattum Mountain, but first, enjoy these beautiful photos. 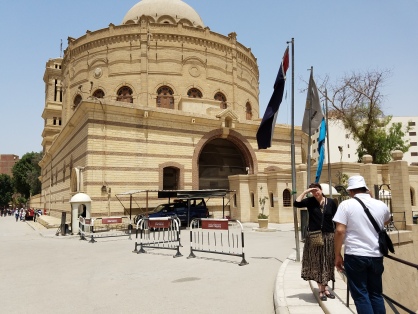 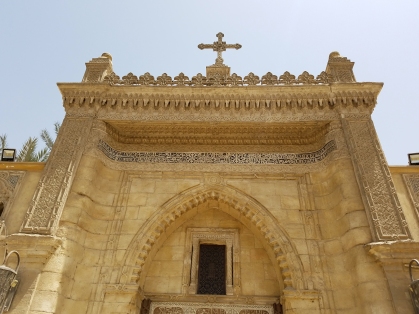 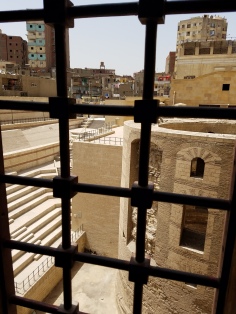 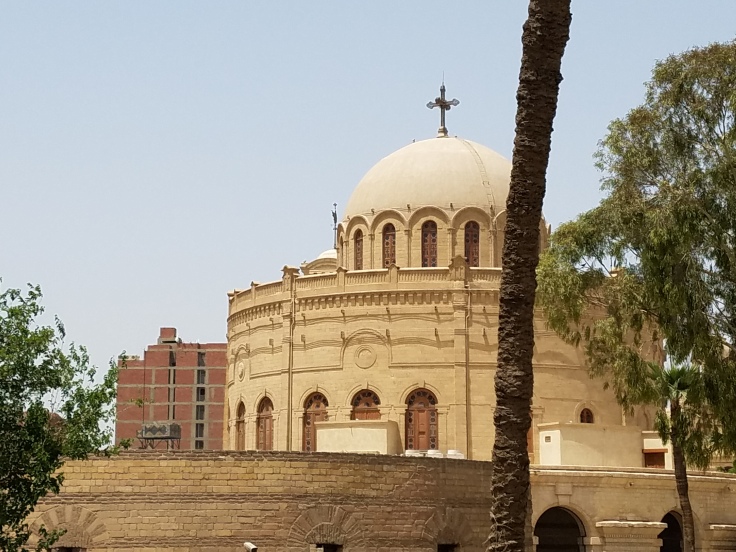 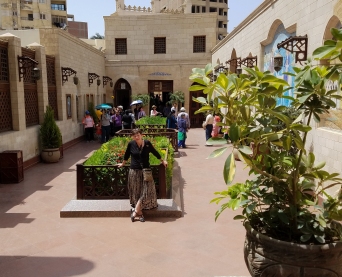 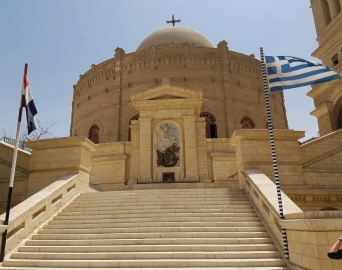 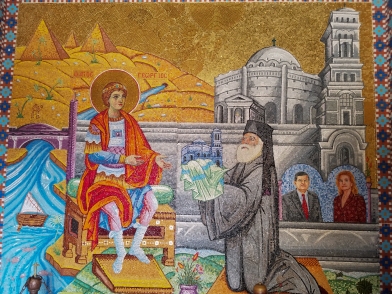 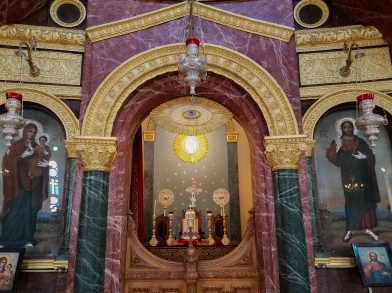 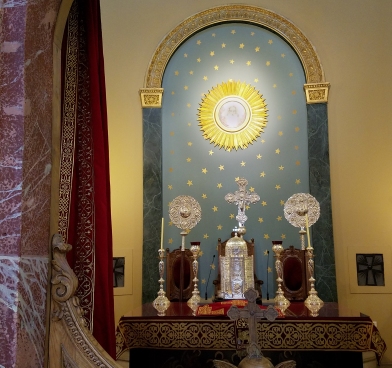 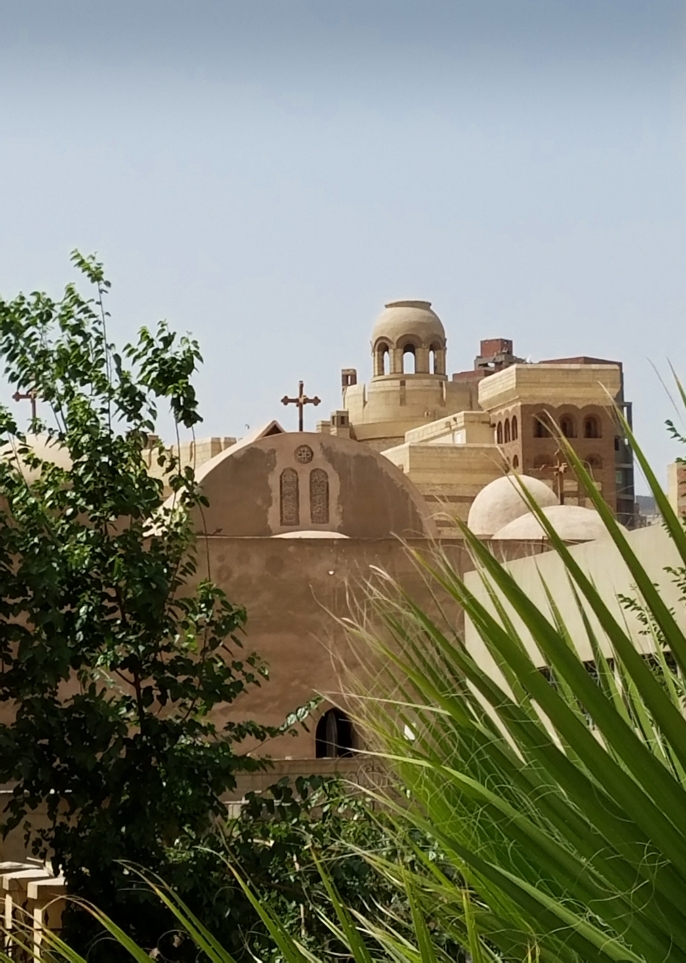 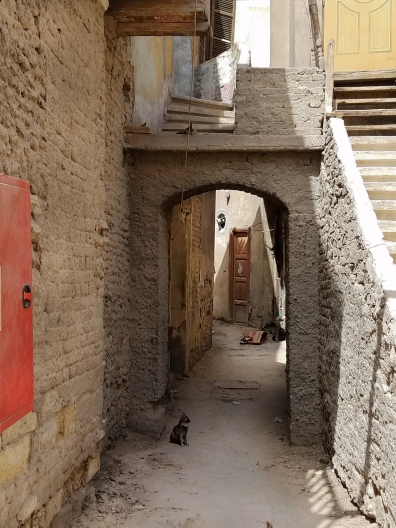 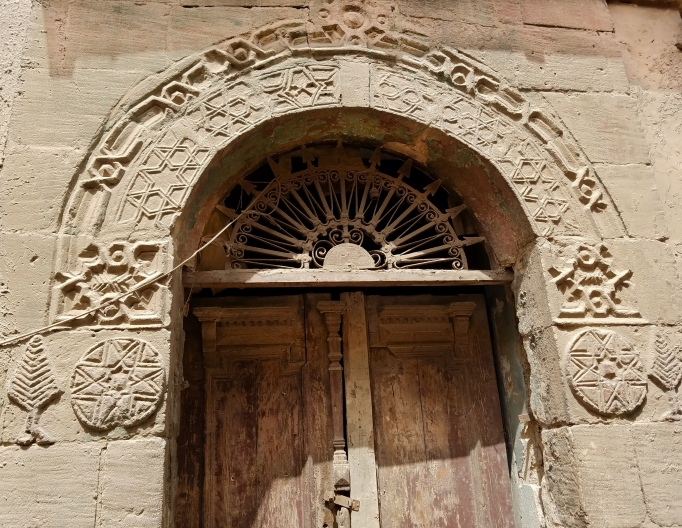 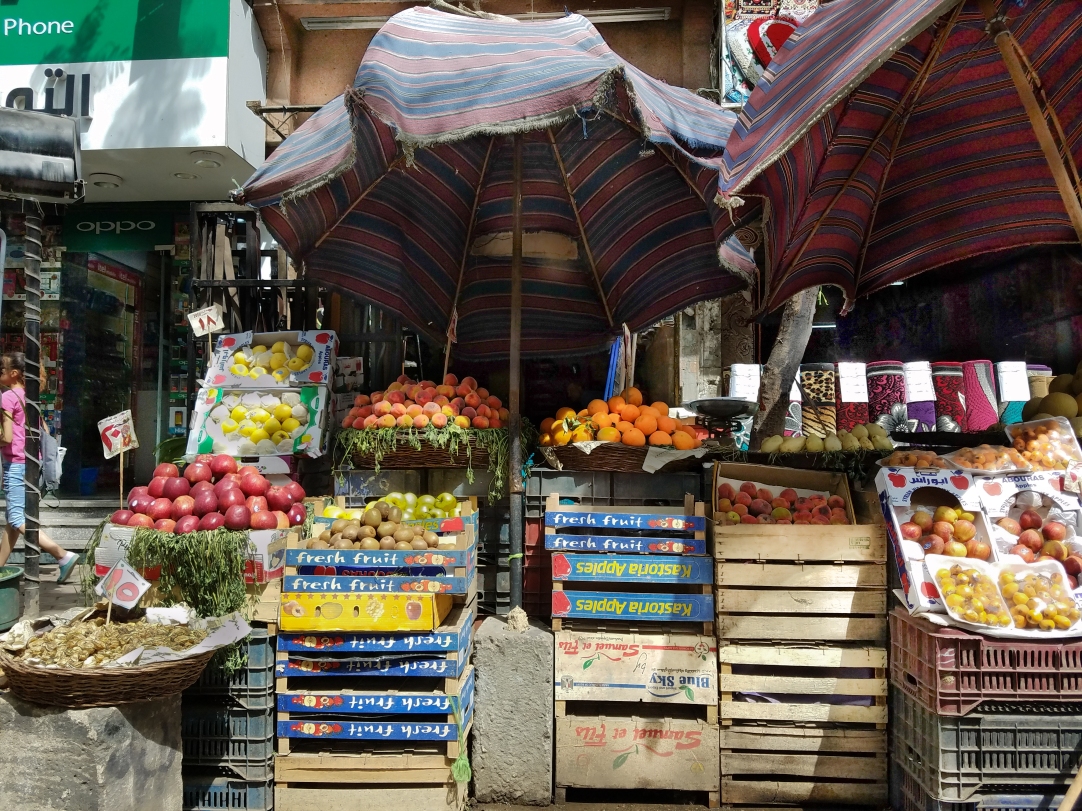