TRAVEL THERE: OUR FIRST NIGHT ABOARD THE VIKING TOR

I always over-plan my trips, but that’s not necessarily a bad thing.  I enjoy the planning and sometimes a small tidbit I glean from studying my destination affords me the best moments of a trip, like in Oregon when we visited the Maryhill Museum and White River Falls.  This over-planning paid off in Budapest, too.

As I boarded the Viking Tor I immediately noticed a big difference in River Cruising and Ocean Cruising.  I didn’t have to stand in line so a photographer could get a picture of me.  Though I do usually buy that embarkation photo, by the time they let me get that near the boat, I just want to go to my room.  On Viking I got a warm welcome, spent a few moments checking in and went to my room, where within minutes I had my luggage.  It was like observing a miracle!

While a part of me wanted to get out there and start exploring Budapest, I knew the rest of my cruise would go better if I took time to unpack my bags and organize our stuff.  That accomplished we took a stroll around the ship to get our bearings.  Up on the Sun Deck I was once again struck by the remarkable parking spot Viking had scored on the Danube.

Dressing for dinner is one of my favorite things, whether I’m on a ship or not.  So it makes sense that I planned my outfits for dinners on the ship as carefully as I planned my shore excursions.  Though I’d spent most of two days getting to Budapest and several hours aboard the Tor, it was getting ready for that first dinner which made me feel as if we were finally on vacation.

About 6:15 we made our way to the Lounge.  It was on the same deck as our room and getting there only took moments.  Bartenders chatted with patrons and a pianist offered popular songs.  Soon the cruise director officially welcomed us aboard and gave us an overview of what to expect in days ahead.

Next came dinner.  From the moment we entered the chic dining room with it’s muted tones and cheerful staff we knew we were going to enjoy our meals on the Tor.  From the dining room’s large windows we were able to enjoy the hustle and bustle of Budapest while we ate three delicious courses, generously laced with wine.

Out on the Streets

Here’s where the over-planning came in handy.  Music and dancing were available in the Lounge after dinner, but Budapest was calling.  We picked up a shore card at the desk and crossed the gang plank.  I’m sure a spontaneous ramble through the dock environs would have been just fine, but I was able to suggest we take a look a Gresham Palace.  Rick Steves had alerted me to the venerable old palace’s juxtaposition to our docking place.  I knew all I had to do was cross Szechenyl ter (Square), which honored the man who had built the Szechenyl Chain Bridge (and many other Budapest sites), and I’d be in front of what was now a luxurious Four Seasons Hotel.  Bill loves to visit swanky hotels and I was dying to see the place where, according to legend, an aging actress held off developers for a number of years.  We hadn’t brought along a camera on our stroll, so Bill went back the next day and got these shots. 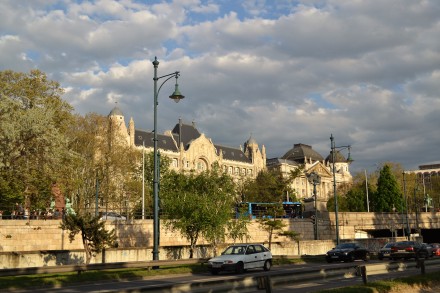 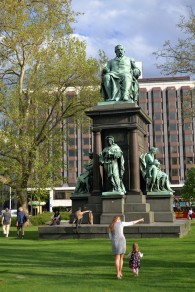 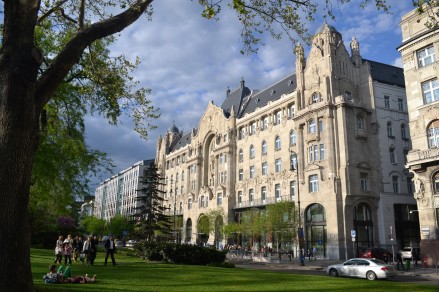 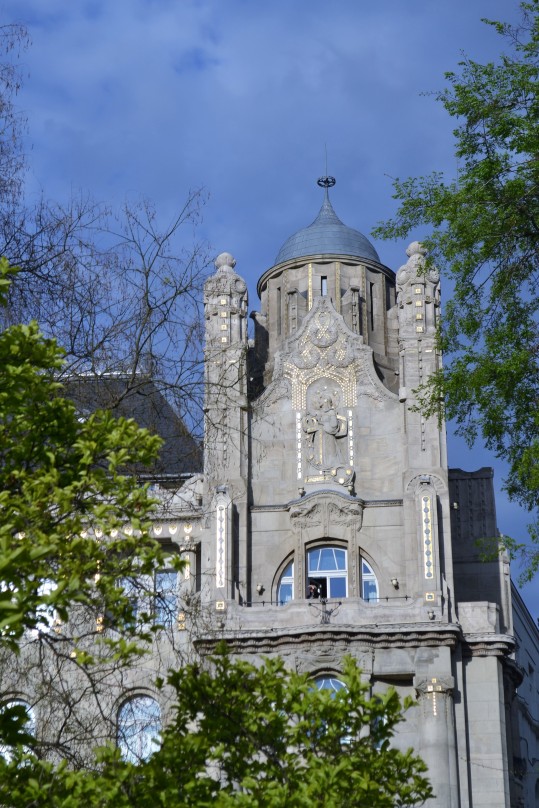 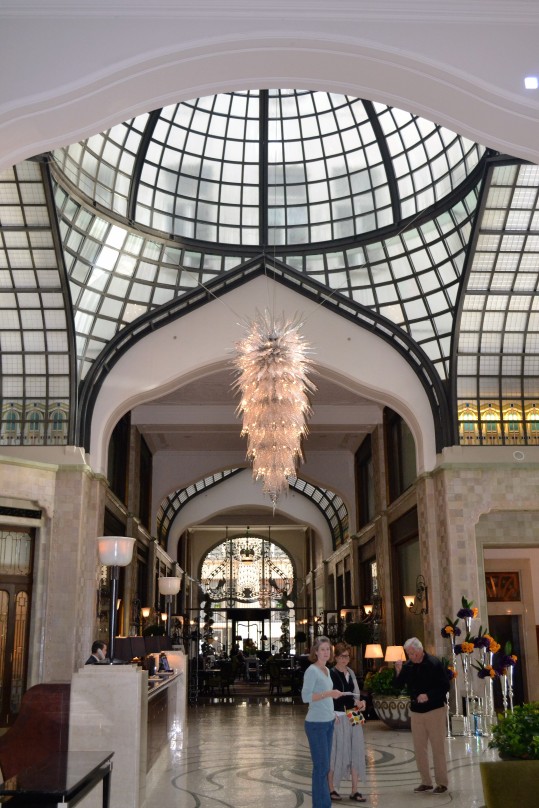 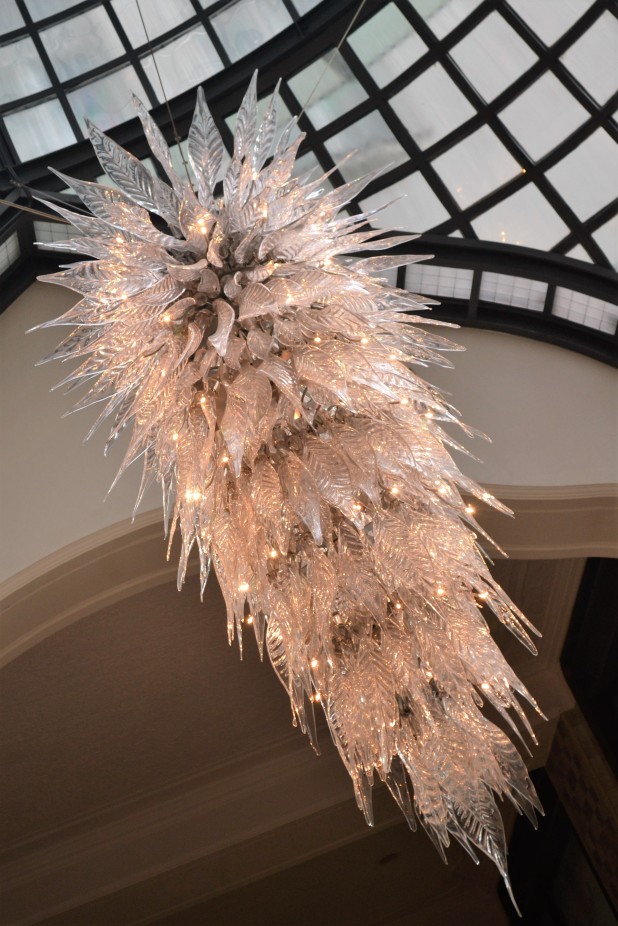 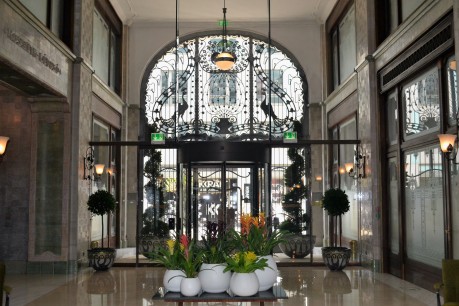 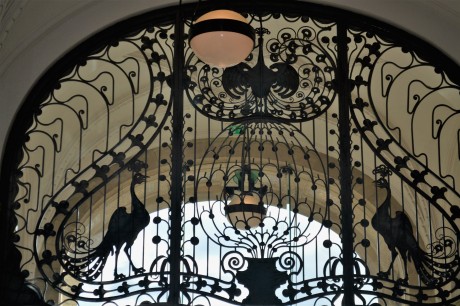 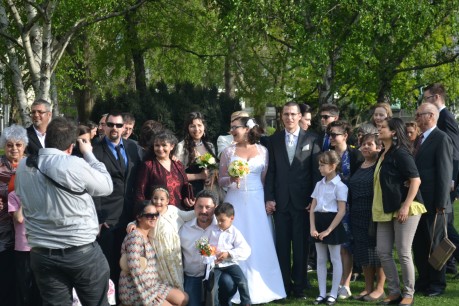 From the Gresham Palace my research told me Vorosmarty ter was just steps away, which would connect us with Vaci utca, the primary shopping area for Budapest and a lively pedestrian mall.  Since it was late enough for the shops to all be closed, Bill was amenable to checking it out.  We loved it!  Elegantly dressed Hungarians strolled among the gorgeous buildings.  Food vendors and musicians entertained energetic patrons.  We definitely knew we weren’t in Dallas, because no one had on yoga pants or jeans.

Though we yearned to linger, we were also running out of steam, so we crossed over to Dunakorzo, the Danube Promenade.  We only enjoyed a few blocks of it, but as reported by others, this is a place to enjoy some of the best views of Budapest.  It is also populated by a number of charming statues, so keep your eyes open.

From Dunakorzo we returned to the Chain Bridge and took a stroll to the other side.  We were not alone.  Strolling the beautiful bridges across the Danube is a pastime enjoyed by tourists and natives alike.  After the bridge we headed back to the boat and went to bed.  The two days of travel put me to sleep immediately.

The evening sites along the river are marvelous to see, but I’m saving the rest of the nighttime pictures for the sail-way.  For now, enjoy some of the shots Bill got the next day as he took and afternoon stroll along the Danube. 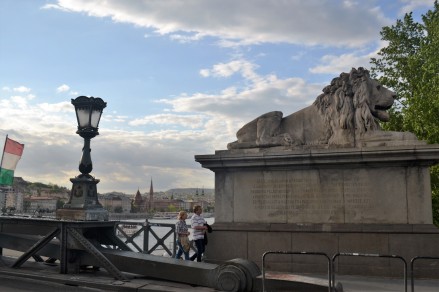 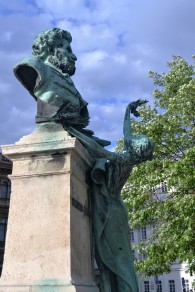 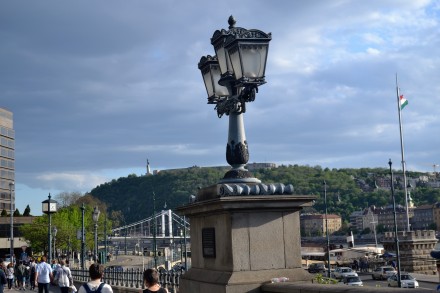 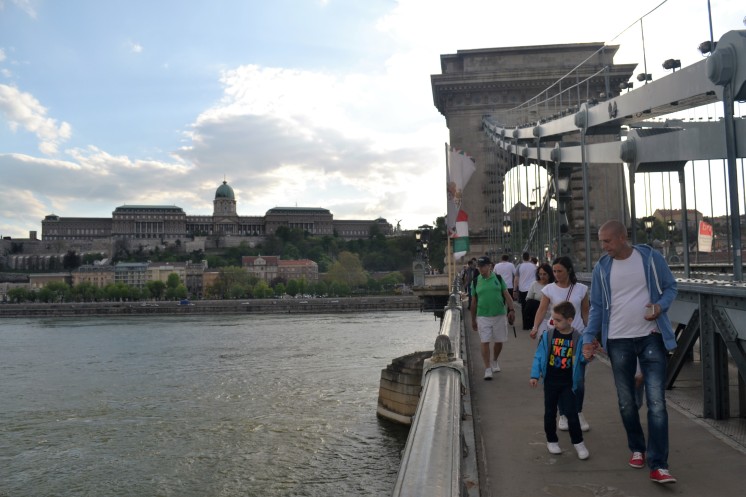 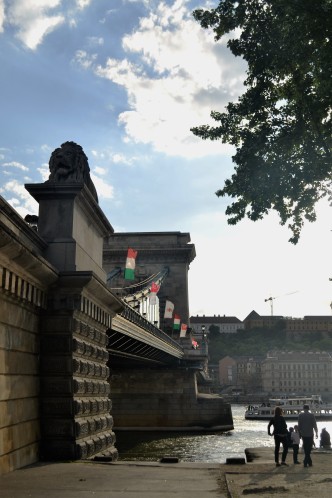 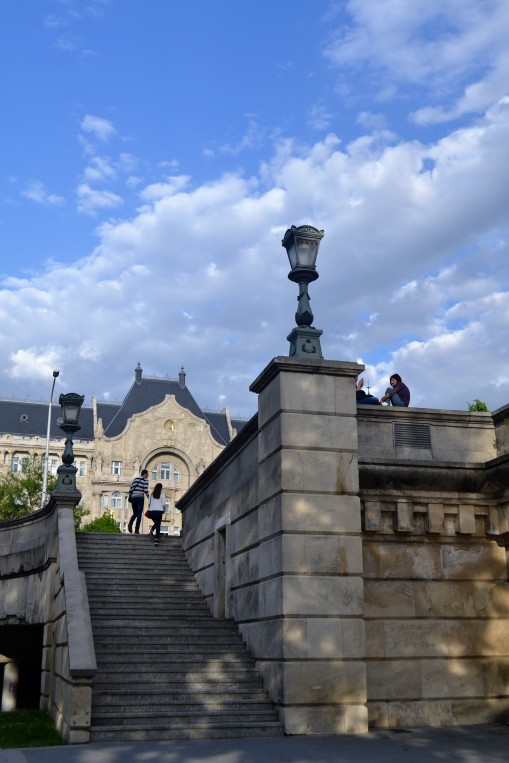 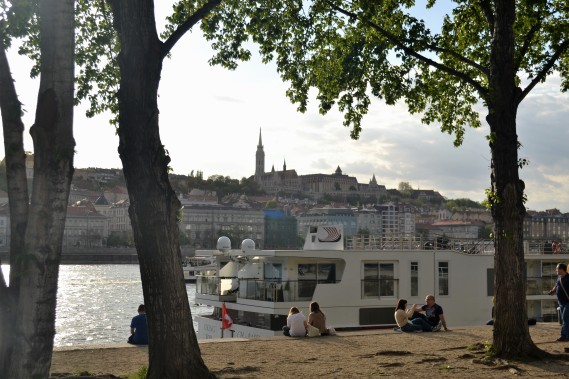 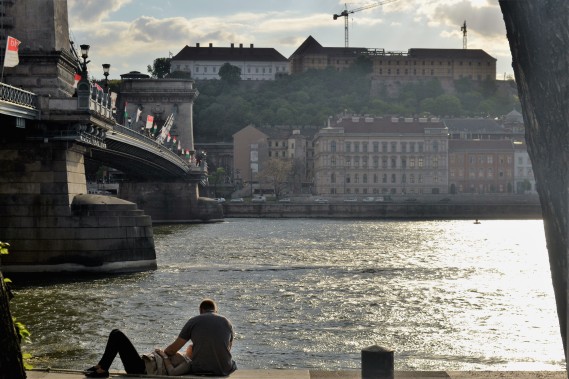 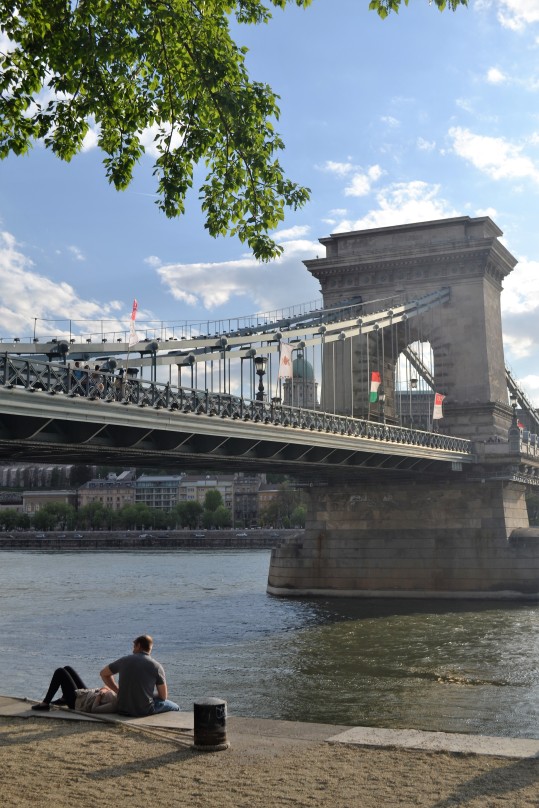 3 thoughts on “Getting Our Bearings in Budapest”

Leave a Reply to sheridegrom - From the literary and legislative trenches. Cancel reply