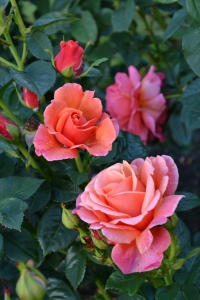 Welcome to Oregon! Well, sort of. In June my husband and I spent twelve days traveling the state and now I’m sharing the experience with you. I’ll tell you about the attractions we visited, the meals we ate and where we stayed. Maybe you’ll decide you want to visit Oregon, too. Today’s focus is the International Rose Test Gardens.

Where have all the trail blazers gone?  You can’t visit Oregon without being overwhelmed with the idea of discovering something new.  So where do the pioneers go now?  Space?  Under the ocean?  To Silicon Valley?  Perhaps one of the reasons the last century has seen so much innovation is because we ran out of places to go.  The pioneers had to invent their own new thing, because it wasn’t just over the next river or mountain.  But wherever we went, as soon as we got there we wanted everyone else to come.

That’s how Portland became the Rose City.  Portlanders were looking for their identity to encourage others to visit and someone or several someones had the idea of capitalizing on their climate’s suitability for growing roses.  Roses

weren’t native to the area.  They had to ship them in.  Maybe it was just because I was there during Rose Week, but I’m beginning to believe roses actually put Portland on the map.  You may not think of roses when you think of Portland, but promoting roses unified the community and gave them something to care about together.

Portland’s Rose Garden or more correctly International Rose Test Garden has a split personality.  On one hand they are all about developing and testing roses for use all over the world, but on the other hand, it’s a tribute to the Royal Rosarians.  Remember Pittock Mansion?  Proudly displayed on one of the beds was a man’s white suit sporting a green Royal Rosarian banner.  Remember the Grand Floral Parade?  Folks are still wearing those white suits and green banners.  Whole floats were devoted to them.  Several carloads of them rolled by, waving to the crowds.  The closest I can come to finding another group that parallels them are the krewes of Mardi Gras.

Anyway, if you enter the garden according to the directions you get Portlandonline’s  website just about the first thing you see is a garden dedicated to all the Royal Rosarian 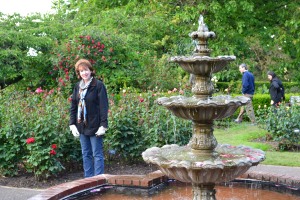 Prime Ministers.  Think King Rex at Mardi Gras.  Later on in the garden will be tributes to the rose queens and their courts, but the Prime Minister is the head guy in charge of it all.  These guys may be millionaires or heads of industry, but you can tell from the garden that in Portland, if you want to be someone, you need to be Prime Minister of the Royal Rosarians.

The gardens are gorgeous.  They are also free.  They’re even handicap

accessible, so you have no reason not to visit when you go to the city.  The gardens are also part of Washington Park, a huge public facility on the edge of town.  Had I had the time I would have explored more of it.  Along with the Japanese Garden and the International Rose Test Garden there is Hoyt Arboretum, the Vietnam Veterans Living Memorial, the Oregon Zoo, the World Forestry Center and Portland Children’s Museum.  You can get to it via public transit.  Next time I visit Portland (you’ll notice I said next time  I visit, not if I visit again) I’ll be devoting more of my time to Washington Park.

Yes, you should go to Portland and visit their Rose Garden, but I’ll let the pictures do the rest of the talking.  Next 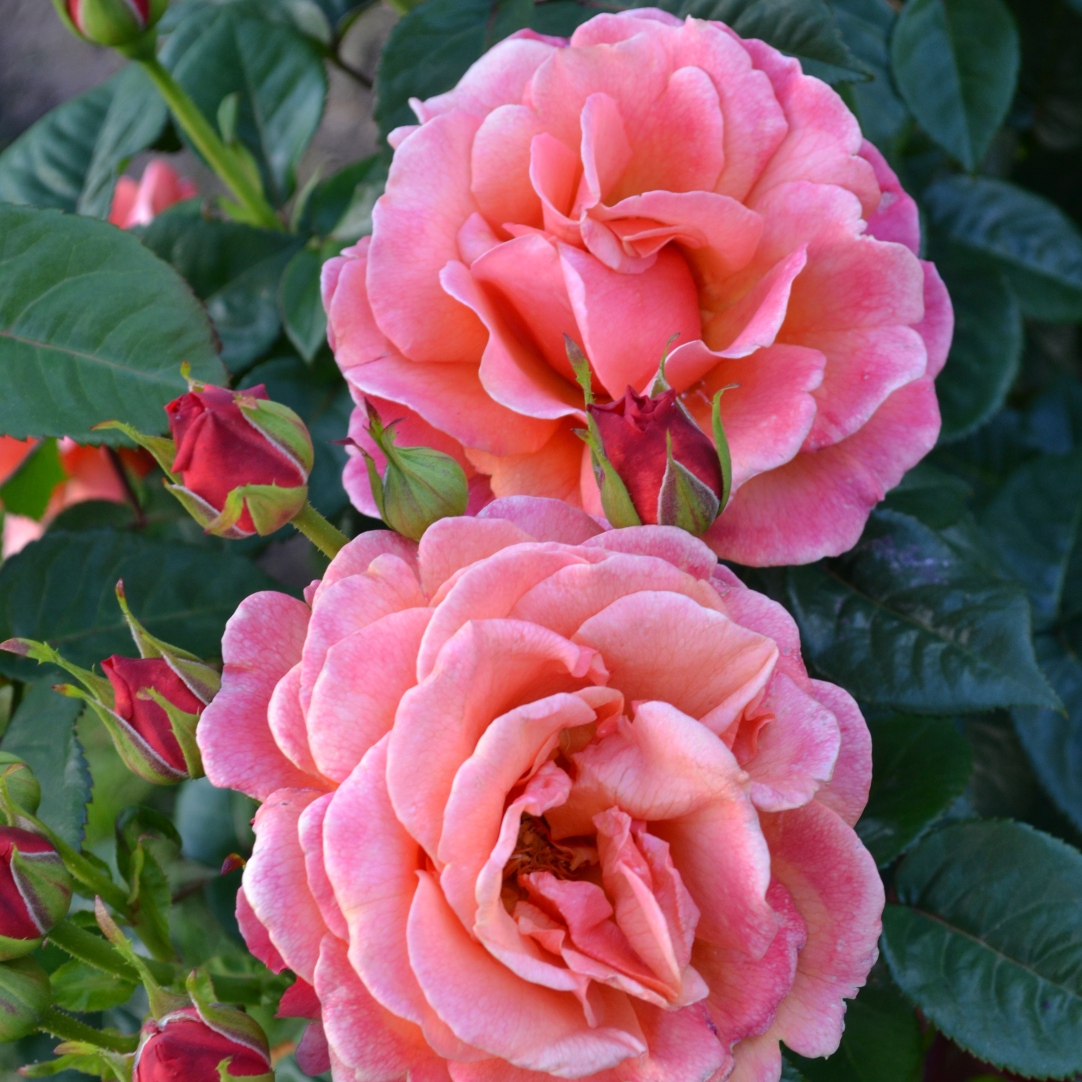 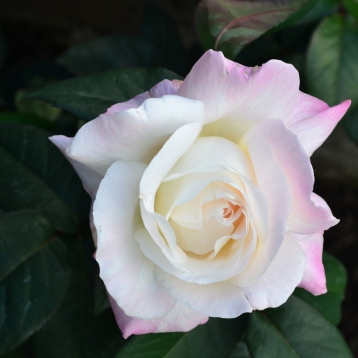